Patara was the major naval and trading port of Lycia, located at the mouth of the Xanthos River, until it silted up and turned into a malaria-plagued marsh. Patara was a very wealthy city due to trade and was one of the six principal cities of Lycia.  Patara’s oracle at the renown temple of Apollo (not yet found) was said to rival that at Delphi and the temple equaled the reputation of the famous temple on the island of Delos.  It was believed that Apollo lived at Delos during the summer but spent his winters at Patara.

Much of Patara remains undiscovered, buried in the shifting sand, including the famous Temple of Apollo.  However, some very exciting excavations have been going on revealing many structures previously hidden by the dunes.  Among them, liberated from the many hundreds of truckloads of sand that covered it, is the parliament building where the elected representatives of the Lycian League met. It has rows of stone seats arranged in a semicircle, the same arrangement used in the chambers of the American Congress. Its stone-vaulted main entrances are intact, and so is the thronelike perch where the elected Lyciarch, the effective president of the League, sat. Another recent discovery is the remains of what may be the oldest lighthouse in the world.

Patara's ancient naval and military base fortress, Pydnai, is located at the far west end of the beach. 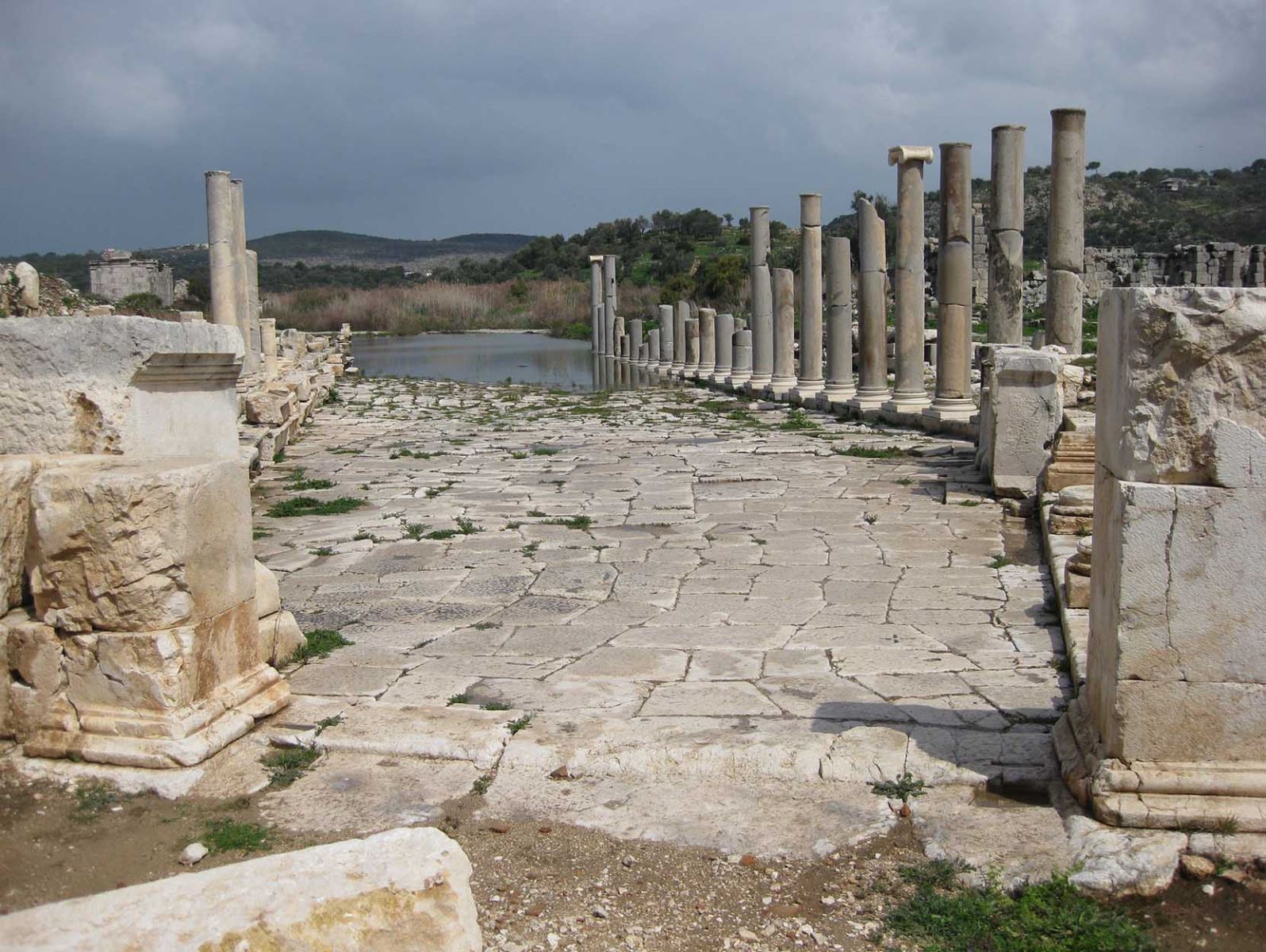 For travellers staying at Patara the beach at Patara may well be the only beach they decide to visit. The beautiful, white fine sand of Patara beach and the turquoise sea dazzle under the sun and legend has it that the sand has extraordinary healing powers. Patara beach is renowned for its very shallow waters and is often chosen by families with children for a holiday or regular day trips. If you want to swim in deep water you will have to go far away from the beach but beware as there is a sudden drop in the sea bed so only confident swimmers should venture into the deeper waters. The beach is unsheltered, open on all sides, which means that it is almost always windy with impressive waves making it an unmissable destination for surfing fans. Modest facilities are available including sunbeds and umbrellas for hire, showers, toilets and one large cafe at the centre of the beach serving snacks, lunch and refreshments throughout the day. In order to enter the site of Patara beach there is an entrance fee per person which is separate from the hire of umbrellas and sunbeds. A parking space for cars is located next to the wooden pathway that leads to the beach.

For spectacular sunsets visitors can make their way to the Küm Tepesi area of Patara beach, reached by following winding roads and dirt paths through the other side of Patara village. There is no entrance fee at this part of the beach and this is a favourite spot with locals looking to unwind in the evening watching the sun go down and doing some incredible star gazing at night. 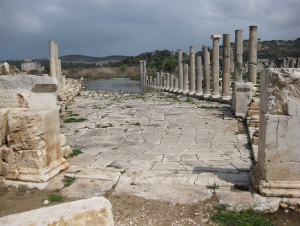 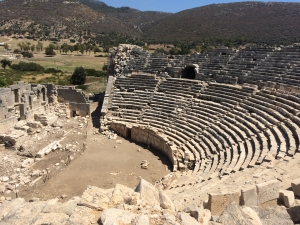 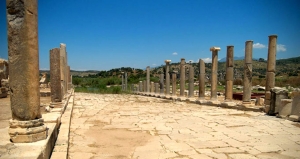 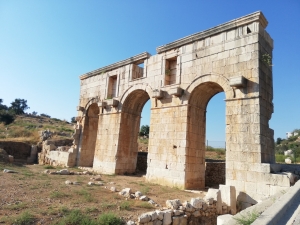 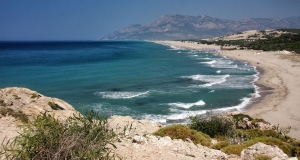 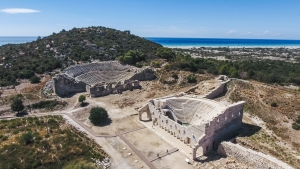