Kekova is not only known for its gorgeous turquoise sea but also its ancient and mysterious sunken city. Every summer, visitors arrive on Gulet tours to look out over the water to see the remains of a once flourishing city now completely underwater with only a few remnants on land to speak of its existence.

The name "Kekova" is Turkish for "plain of thyme" and describes the region encompassing the island of Kekova, the villages of Kaleköy and Üçağiz and the three ancient towns of Simena, Teimussa  and Tersane (meaning "shipyard", as its bay was the site of an ancient shipyard, with mostly Byzantine ruins).  Both Simena and Teimussa  have a large necropolis. Teimussa is now the village of Üçağiz, where boats set off for tours of the area.

Kekova is a large region on Turkey’s Mediterranean coastline that includes the island of the same name as well as the Kaleköy and Üçağız villages. Since its inclusion in the Turkish Ministry of Environment and Forest’s specially protected areas beginning in 1990, the region has become quite popular with visitors due to its stunning natural and cultural beauty. On the northern side of the island of Kekova, you’ll come across the underwater ruins of Dolchiste, an ancient Lycian settlement, which was partly overtaken by the sea due to an earthquake that occurred during the 2nd century. Even though Dolchiste was rebuilt and regained new life during the Byzantine era, the threat of Arabs in the region caused its inhabitants to abandon their town. 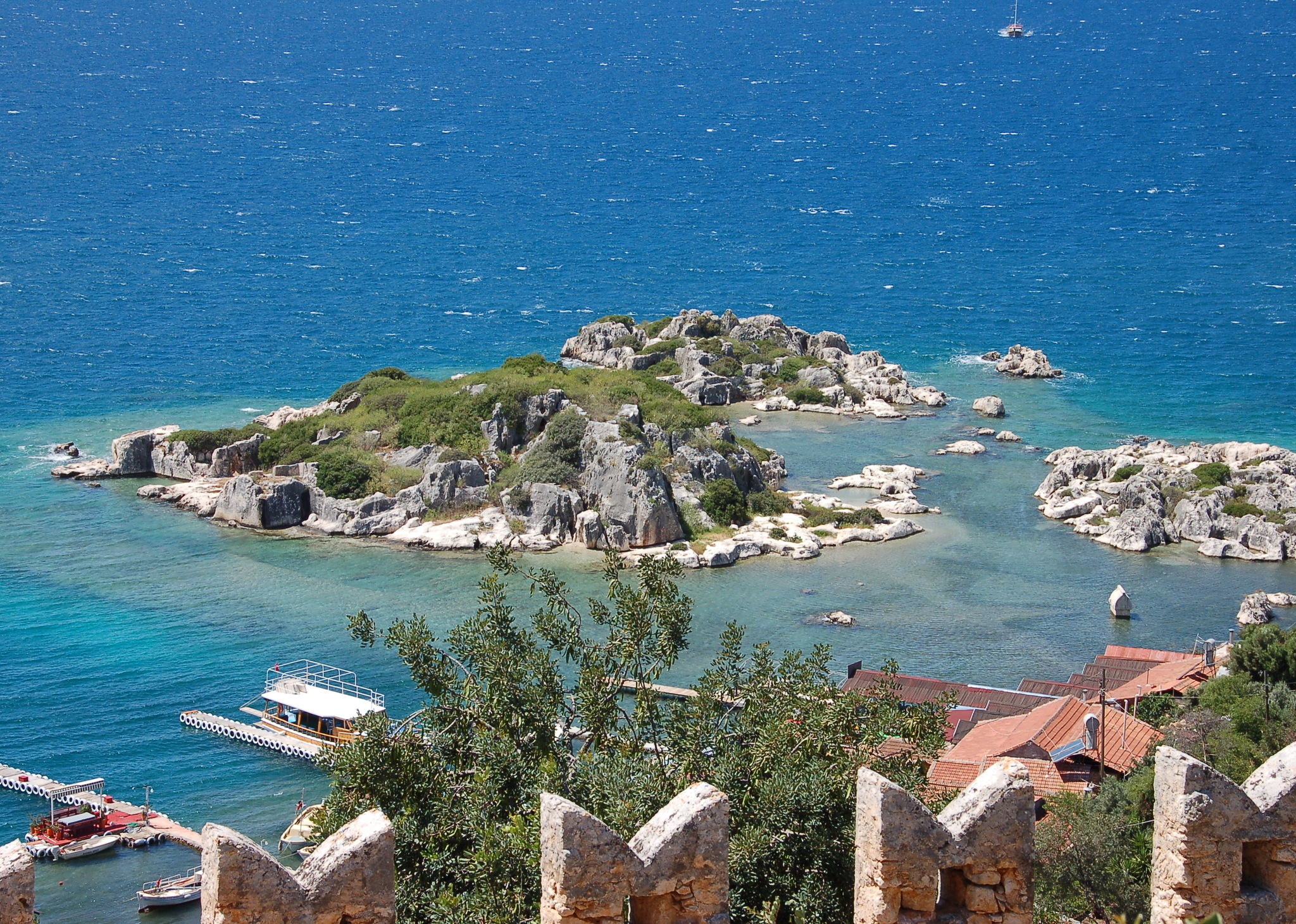 The ancient city of Simena was once of two parts - an island and a coastal part of the mainland.  On the mainland the charming fishing village of Kaleköy ("castle village") stands today, its buildings mingling with ancient and medieval structures.  The top of the village is dominated by a well-preserved castle built by the Knights of Rhodes partially upon ancient Lycian foundations. Inside the castle is the smallest amphitheatre of Lycia. At the eastern end of the village is a Lycian necropolis with a cluster of some very nice sarcophagi overlooking the sea and surrounded by ancient olive trees.  Near the harbour of Kaleköy is another sarcophagus, popping up from the water.

Teimiussa lies directly east of today's village of Üçagiz, you can visit some of the ruins at the eastern end of Üçagiz's harbour. Not much is known about the history of the city and it has no known coinage.  Tombs with Lycian inscriptions point to settlement by the fourth century BC.  The city seems to have had ties with Myra and Cyaneae.  An ancient road leads directly from it to Cyaneae and some of Teimiussa's tombs bear inscriptions saying that they belong to citizens of Cyaneae and Myra.  Teimiussa was probably a small settlement tied administratively to these two cities.

The main ruins here are a necropolis to the east with a large cluster of sarcophagi, mainly from the Roman period.  The oldest ruins are a few rock-cut house-type tombs at the eastern end of Üçagiz's harbour.  One of these has a relief of a nude young man and an inscription tells us that the tomb belonged to a person named "Kluwanimiye". At the eastern end of the city is a large dock, 28 metres long and 8 metres wide, carved out of living rock. 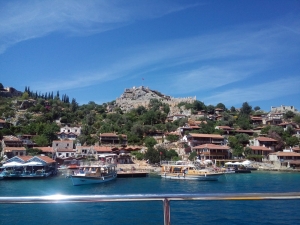 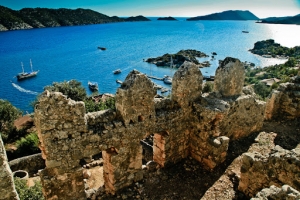 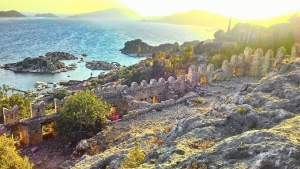 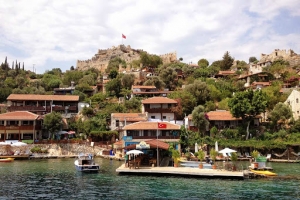 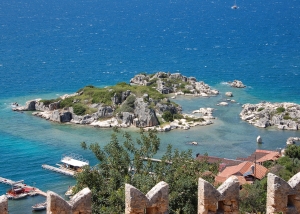